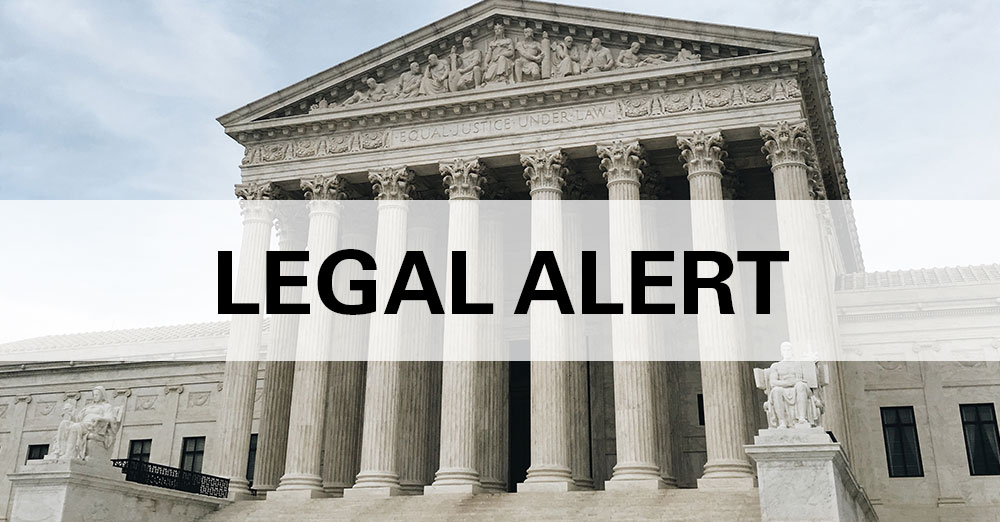 On September 9, 2021, President Biden announced that he ordered OSHA to develop an emergency temporary standard (ETS) that would require private employers with 100 or more employees to mandate that employees either receive one of the three available COVID-19 vaccines or submit to weekly COVID-19 testing. On November 5, 2021, OSHA published its COVID-19 Vaccination and Testing Emergency Temporary Standard, which included a summary, fact sheet, and FAQs. The ETS was immediately challenged by a number of petitioners, including states and private companies, seeking to permanently enjoin enforcement of the ETS. On November 6, 2021, the United States Court of Appeals for the Fifth Circuit, temporarily stayed enforcement of the ETS pending briefing by the parties and expedited judicial review.

After completing its expedited review, on November 12, 2021, the 5th Circuit affirmed its initial stay, holding that petitioners met all four factors to establish the need for further stay, and ordered OSHA to take no further steps to implement or enforce the ETS pending adequate judicial review of the request for permanent injunction. The U.S. Department of Justice disagreed that an immediate stay was necessary given that a “multi-circuit lottery” will occur on or about November 16, after which all lawsuits challenging the ETS will be heard by one federal appeals court. END_OF_DOCUMENT_TOKEN_TO_BE_REPLACED 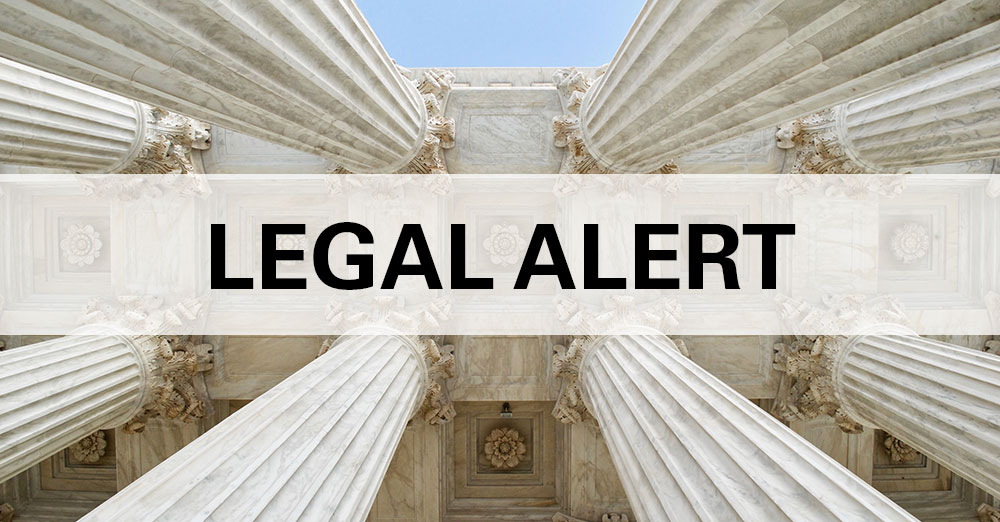 On September 9, 2021, President Biden announced that he ordered OSHA to develop an emergency temporary standard (ETS) requiring private employers with 100 or more employees to mandate that employees either receive one of the three available COVID-19 vaccines or submit to weekly COVID-19 testing. On November 4, 2021, OSHA released an unpublished version of the COVID-19 Vaccination and Testing Emergency Temporary Standard (ETS).

Employers who have been overwhelmed with the OSHA ETS mandate and what their next steps are can use this handy task list to guide them as we await a definitive court ruling on the mandate itself. Employers should begin this work now in the event a court of final decision does not invalidate the mandate, as some of the processes will require thoughtful consideration and budgeting of time and resources.

You can find expanded guidance by downloading our related task list to learn more about the steps that employers should take in response to this mandate.  END_OF_DOCUMENT_TOKEN_TO_BE_REPLACED 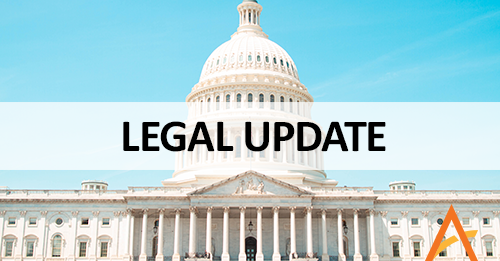 Click to view a recording of our webinar, Federal Vaccine Mandate Rules: What Employers Need to Know.

On November 4, 2021, the Department of Labor’s Occupational Safety and Health Administration (OSHA) and the Centers for Medicare & Medicaid Services (CMS) released long-awaited regulations regarding President Biden’s September 9, 2021, directive for mandatory COVID-19 vaccinations. Collectively, according to the White House, two-thirds of all US workers are now covered by the vaccination rules.

First, OSHA announced the details of the requirement for “Covered Employers” [1] with 100 or more employees [2] to ensure each of their workers is fully vaccinated or tests for COVID-19 on at least a weekly basis. The OSHA rule will require that these employers provide paid time for employees to get vaccinated. Additionally, covered employers must ensure all unvaccinated workers wear a face mask in the workplace. OSHA’s rule does not explicitly require employers to pay for testing. END_OF_DOCUMENT_TOKEN_TO_BE_REPLACED 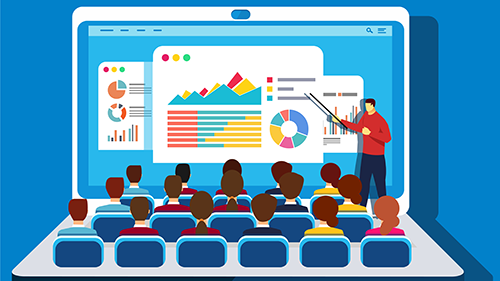 UPDATE: Click to view a recording of our webinar, Federal Vaccine Mandate Rules: What Employers Need to Know.

Join us for an overview of new OSHA and Centers for Medicare and Medicaid Services (CMS) rules, including:
• Whom these rules apply to;
• What the details of these rules mean for employers and employees;
• When these rules go into effect; and
• How employers will be held responsible.

This webinar is hosted by Alera Group’s team of employee benefits and property & casualty experts, and is relevant for all employers as they continue to face the COVID-19 pandemic and seek to be compliant. 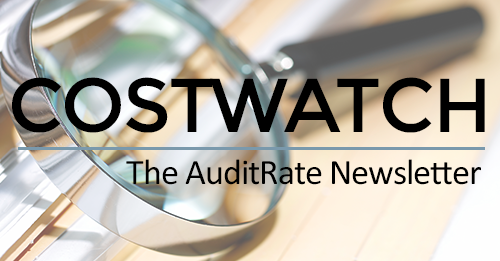 The CostWatch provides areas of cost savings specifically related to business insurance. In this issue, we highlight reasons why we’re seeing a recent 60% increase in premium audit overcharges and what employers can do to avoid them. 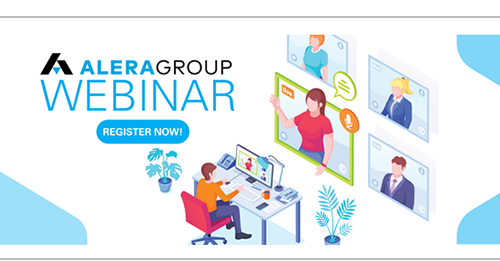 Also learn how to maintain your employer of choice status, top trends in Human Capital Management (HCM), and what you should be focusing on for your workforce needs in the upcoming year. 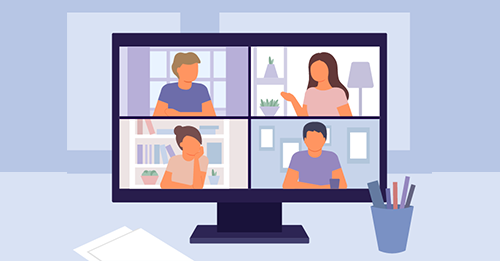 In this webinar, Alera’s national compliance experts will host an informative discussion on the timely topic of employer incentives and surcharges related to employee vaccination. 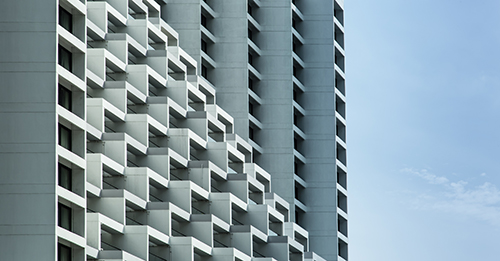 In a perfect world, condominium associations would hire a structural engineer to inspect their property every couple of years. The engineer would inform the association of any compromises to the building’s structural integrity or electrical system, and the association’s board of directors would authorize repairs in timely fashion, simultaneously managing risk and controlling costs —including the cost of condo association insurance.

In such a world, few outside of Greater Miami would ever have heard of Champlain Towers South, the 12-story condo building in Surfside, FL, that collapsed on June 24 of this year, killing 98 people.

Had the board of the Champlain Towers South Condominium Association adhered to an inspection schedule and followed inspectors’ advice, it’s likely the building would still be standing and those 98 victims would still be alive. The 2018 engineering report the board did commission — which warned of a “major error in the development of the original contract documents” prepared by the architectural firm that designed the 1981 building — would have been issued many years earlier, when necessary repairs would have been less extensive and far less costly. The repairs would have been completed shortly thereafter, and regular inspections and maintenance would have averted disaster.

But of course the world we live in is far from perfect.

A July 10 report in USA Today details years of wrangling between the Champlain Towers South board, who had pushed for an assessment to pay for repairs, and the owners of the building’s condos, who had balked at the price. An April 9, 2021 letter from the board president to the condo owners reads in part, “A lot of work could have been done or planned for in years gone by. But this is where we are now.”

Six weeks after the date of the letter, one wing of the building came down in a deadly collapse. Within two weeks of the tragedy, victims’ families filed at least six lawsuits accusing the condo association of negligence. The insurance coverage the association had in place won’t come close to covering the damages.

In a July 1 emergency meeting with Miami-Dade County Circuit Judge Michael Hanzman, attorneys for the association said they were aware of a $30 million Property Insurance policy, as well as $18 million in Liability Insurance coverage. Based on a recording of the meeting posted by the Miami Herald, Claims Journal reports the judge as saying: “It looks like for the property damage claims and for the injury and death claims there’s going to be a total of $48 million, which will obviously be inadequate to compensate everyone fully for the extent of their losses. I don’t know whether there are any third-party claims. Maybe there are, maybe there aren’t. But we are dealing certainly with a limited pot as far as insurers go.”

Indeed. Losses from the Surfside condo collapse are estimated to total about $1 billion.

Composed of individual unit owners, condo associations are responsible for the management of the property where the condominiums are located. Most elect a board of directors — typically including three to seven members — to make decisions regarding expenses, routine maintenance, repairs and Property and Casualty Insurance, including Liability Insurance. The board operates under a set of association bylaws and a declaration that establishes which elements of a complex are to be covered under the association’s master policy and which features are the responsibility of individual unit owners. The master policy typically covers shared risks – i.e., the building (or buildings) itself and common areas, such as a pool, grounds and parking lot. In some instances, it also covers standard fixtures that originally came with the unit, such as cabinets and sinks. Typically, board decisions regarding major expenses are voted on by a quorum of the entire association. END_OF_DOCUMENT_TOKEN_TO_BE_REPLACED 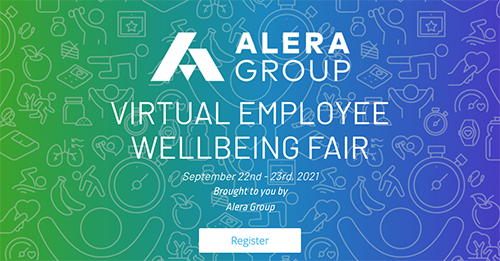 Join us on Wednesday and Thursday, September 22 & 23 for Alera’s annual wellbeing fair. The virtual event is designed to help employees and their employers learn more about holistic health by attending various workshop sessions that specifically focus on the six pillars of wellbeing: financial, physical, mental/emotional, social, community and career.

During this two-day workshop, employees can engage in daily fitness and mindfulness workshops and then attend keynotes to hear from experts in the wellbeing space.

Keynote topics will include:

⋅ Loss, Languishing, & Renewal: Defining the Effects of the Pandemic on Our Mental Wellness
⋅ Financial Management: Strategies to Achieve Wealth Wellness
⋅ Eat What You Love: Precision Nutrition for Diabetes & Pre-diabetes Care
⋅ Mental Health in the Workplace: Panel Discussion
⋅ Healthy Cooking During Busy Times (Cooking Class)
⋅ Mastering Stress and Improving Resilience During Times of Adversity
⋅ 3 Steps to Support for Family Caregivers
⋅ How to Start Your Garden Right: Grow & Eat the Healthiest Food Possible–Year Round!
⋅ Perfectionists to “Superheroes” – Learning to Deal with Imposter Syndrome

Where to Register: Click here to register and learn more about each session. 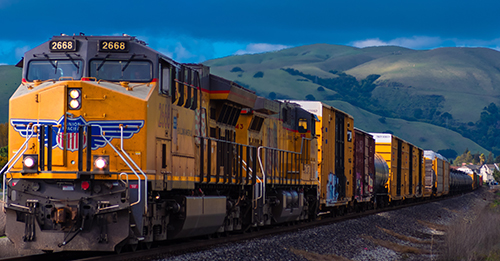 If you’re a manufacturer, distributor, wholesaler or retailer whose business involves the shipment of goods, your principal decision regarding Cargo Insurance shouldn’t be whether to purchase the coverage, but from whom — the shipper or an insurance carrier?

Protecting yourself with Cargo Insurance — also known as Goods in Transit Insurance — is always the right decision. Whether by land, sea or air, shipping is full of risk, with perils including theft, fire and more. All freight carriers are legally required to carry a minimum amount of Liability Insurance, but the coverage Liability Insurance provides is insufficient to fully protect you in the event of theft or cargo damage or loss resulting from natural disaster or accident. So, Cargo Insurance is a must.

Whether to obtain it through the shipper or an insurance company comes down to which option is more cost-efficient. END_OF_DOCUMENT_TOKEN_TO_BE_REPLACED